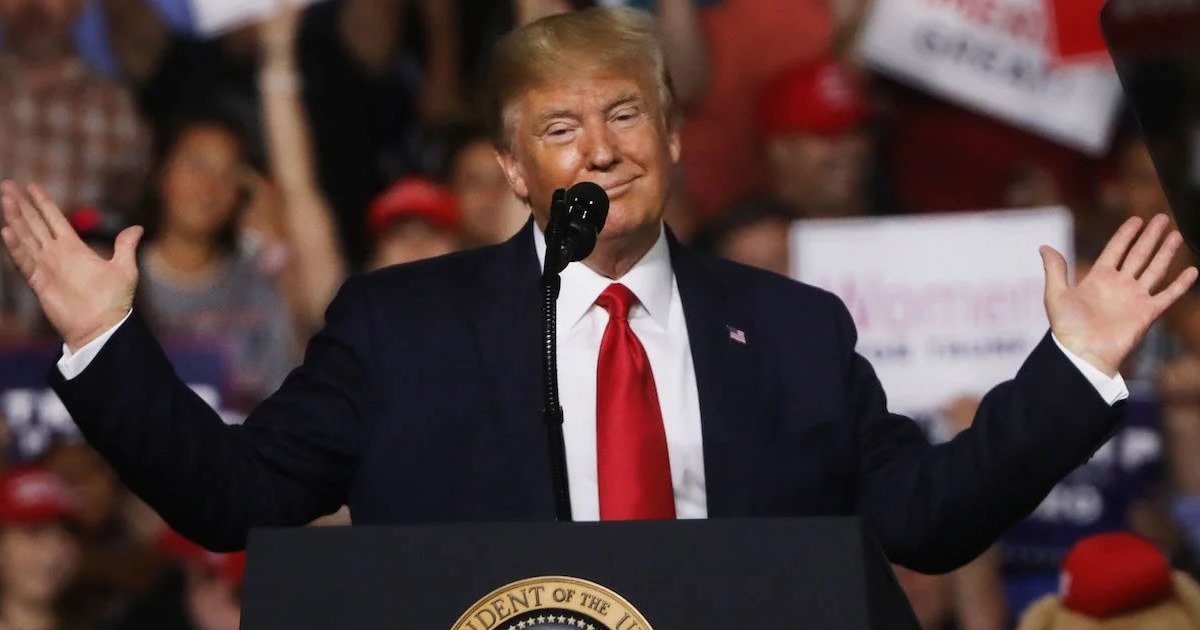 I am not a fan of President Trump. Although I have agreed on some of his policy statements (like when he said he wanted the Government to pay for healthcare in 2016), it’s rare.  I did not vote for President Trump in 2016, and I won’t in 2020.  Republicanism doesn’t work in general, and Trump’s seemingly schizophrenic ability to change his mind isn’t a strain I’m a fan of.

That being said, Donald Trump Should NOT Be Impeached.  Not for the Ukraine situation. Don’t get me wrong, it’s bad. I abhor any indication that a U.S. government official is working with a foreign government to influence an election. The thing is, seeking foreign influence is as Republican as cutting taxes.

For that reason alone, I do not think we should impeach President Donald Trump. He just did what Republicans have been doing the same thing for at least 50 years. The precedent has been established

Donald Trump Should NOT Be Impeached For Doing What Richard Nixon Did. And Got Away With

Former Vice-President Richard Nixon ran for President in 1968, where he beat Democrat Hubert Humphrey with 304 electoral votes. It wasn’t known at the time, but Nixon had used foreign influence to help win the race.

When Hubert Humphrey took the polling lead in mid-fall of 1968, one of the reasons for the swing was an “October Surprise”. The Paris Peace Negotiations to end the war in Vietnam. That “October Surprise” was the worst kept secret in the nation in the fall of 1969.  Of course, the peace deal never happened and Nixon won the election.

However, here’s the real “October Surprise”.  Nixon worked with Republican Lobbyist Anna Chennault to stall negotiations. The FBI actually taped some of the exchanges.

Richard Nixon used foreign influence to affect the 1968 election, Just Like Donald Trump.  It was known by the government when it happened, and he was not impeached for it.  Neither should President Donald Trump.

With all the evidence, there was no impeachment.  Donald Trump should not be impeached for doing what Nixon did in 1968.

President Johnson, like President Obama after, chose NOT to use the situation to help his Democratic heir-in-waiting. However, he did confront Nixon on a recorded phone call. It was awkward.  The good stuff starts around the 4:00 mark

Donald Trump Should NOT Be Impeached For Doing What Ronald Reagan Did.  And Got Away With.

Once the precedent was established, it was off to the proverbial races.  I’ll talk about Republicans and the 1970’s gas rationing in another post.  This example relates to Reagan’s behind-the-scenes negotiations with the Iranian Government, which influenced the 1980 election.

Reagan won the 1980 election, at least, in part due to the Iranian Hostage crisis.  If President Carter could secure the U.S. Held hostages. he might squeak out an election that Reagan won with 52% of the vote.

William Casey, then future C.I.A. Director under Reagan was accused of a secret negotiation with Iranians for the slow-play release of the hostages.  A 1991 House investigation found no evidence of the meetings but cited Casey’s missing Passport as a reason a meeting may have been either confirmed or exonerated the allegations.

The alleged meeting and Casey said that he didn’t have a valid passport. After changing his story and admitting that he was, he still stated he didn’t go to Madrid.  Oh, and he lost his passport, so. No further investigation appeared to have occurred on the subject.  Well, they have now found the passport and found that he did go to Madrid that fall.

Did I mention the hostages were released at the exact same time that Reagan was taking the oath of office?

Also, did I mention the whole Iran-contra affair?  Conservative hero Oliver North fingered Casey for authorizing the sale of arms to Iran via Isreal.  That was the quo, folks.

Ronald Reagan used foreign influence to affect the 1980 election, Just Like Donald Trump.  It was known by the government during his administration, and he was not impeached for it.  Neither should President Donald Trump.

People might say this is a conspiracy theory.  Before the passport was found, I believed it was. Before the passport, they just had the bread, the lettuce and the tomato.  The now confirmed meeting is the mayonnaise that holds the sandwich together.

With all the evidence, there was no impeachment.  Donald Trump should not be impeached for what Reagan did in 1980.

I’m not saying President Trump is Pro-Russian, but he did just meet in The White House with the Russian Foreign minister while The Ukranian President is meeting with Putin to negotiate an end to their war.

The current President is not afraid to ask Russia for help in Public.  He said that he was fine with Russia keeping Crimea, a Ukranian province that Russia had recently annexed.

I’m not saying Trump is pro-Russian, but the Russian Think Tank Center For National Interest sent g talking points about what to say about Russia and eventually told Kuchner to basically cool his jets because Trump had Russia at Hello.  They didn’t need to collude; they had synergy.

I used the BLT example earlier, and though I do think it’s a sketchy case, There’s no doubt that Russia did influence the election, we just don’t have the mayo to tie it all together.

Donald Trump publicly asked for Russian influence to affect the 2016 elections, Just Like Donald Trump did in 2019.  It was known by the government as it was happening, a credible investigation was completed that laid out many examples of Obstruction of Justice, and he was not impeached for it.

If someone does something we all think is illegal, justice can be served after  Trump leaves the office.  Impeachment is purely political, and precedent shows that this is something it’s okay to do.

My Conclusion: Donald J. Trump Shouldn’t Be Impeached For Doing What Richard Nixon, Ronald Reagan, And Donald Trump Did

How can we say that when Nixon and Reagan did basically the same thing didn’t get impeached, but Donald Trump should? That’s overturning 50 years of precedent.  Without overwhelming demand, can we really ask our Representative to impeach Trump for doing something quintessentially Republican?  The evidence cited above proves this is part of the Republican Party’s DNA.  We have accepted it for 50 years, why are we asking them to stop now.

Can a leopard change its spots?  The bible, the past half-century of experience and biology say no.  For that reason, Donald Trump should not be impeached. 2020 might be your last chance to fire Donald Trump.